Her Roar is an Exulting Cry, For Hers is a Song of Freedom, A Lioness Rising to the Promised Land, And She Dares to Realize ALL She Was CREATED To Be.

AMERICA, I know as well as I know my own name, Lady Kelly’s lineage Traces Back to The House of David through Kelly’s Lion Hearted Dad. Fact: it takes a Lion to Sire a Lion, in His case an Alpha Lioness.

To this point in time, Kelly is the Lone Individual inside the “truth movement” Who Has Taken a Stand slightly behind me, that way I Can Protect Her. For the past three weeks, it is Kelly who finds all the Memes and the Picture Folks now see between my twin mantras. Fact: Knowledge Is POWER and All Lives Matter: AMEN

To my way of Thinking, Lady Kelly Jean David is Hands Down One of The Most Beautiful Women Who Has Ever Walked Upon GOD’S Green Earth.

Yesterday, September 11, Mrs. Devvy Jo Kidd, The PATRIET (female form of Patriot), Roared a Challenge ALL on Her Own: NIST Continues to Protect 9/11 Lies

Queen Devvy: The National Institute of Standards and Technology (NIST) came out with their white-wash report and have stuck to it ever since. They’re lying. Robert A. Motch has been trying for 24 years to educate who are the shadow players behind so many of these horrific disasters, as well as (the wolves) coordinating to bring down this country. He sent me a 31-minute video that is a MUST watch. Stand for the Truth: A Government Researcher Speaks Out | 9/11 Evidence and NIST

That 31-minute video is one of the most important you will see as the individual used to work for NIST:  “In August 2016, Peter Michael Ketcham, a former employee of the National Institute of Standards and Technology (NIST), began looking into the reports his agency had released years earlier on the collapse of the World Trade Center. What he found shook him to the core.

“In this poignant half-hour interview, Peter Michael Ketcham tells his story of discovering that the organization where he had worked for 14 years had deliberately suppressed the truth about the most pivotal event of the 21st century. 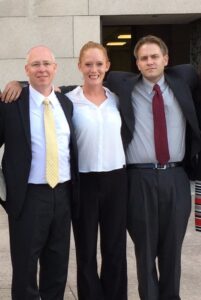 “Through his willingness to look openly at what he failed to see in front of him for 15 years, Mr. Ketcham inspires us to believe that we can all muster the courage to confront the truth — and, in so doing, finally heal the wounds of 9/11.”

Mrs. John Kidd: Building 7 was absolutely a controlled demolition. On that day 21 years ago my late husband who was a retired Army Colonel, Army Corps of Engineers for 27 years (an engineer for 43 years when he retired)  – the first thing he said watching Building 7 collapse in real time: “That was a controlled demolition,” and then he explained to me how long it takes to wire and set charges to bring down a 47-story building that pancakes into itself near perfectly.

More from Miss Devvy: Robert A. Motch has worked with and funded a huge amount of money in support of Architects & Engineers for 9/11 Truth.  He’s been asking people to forward his research. End Quote.

Rie, please read an email from Miss Devvy dated Aug 29, 2021: After you left your visit at my old house, I thought I’d be getting emails from some lovely train ride you were taking across Canada or someplace. Then, I never heard back from you. Over four years.

Of course, I am always happy to help and will read your attachment a bit later. I was so, so sorry you took down your website because the entire content is still unmatched by anyone. I’ve often wished while writing on something other than the damn COVID shit, I could refer to and quote from your site.

Will, please read two sentences from Devvy’s email dated September 10, 2021: Hope you found a disc of your website…so much valuable information, Robert. All your research.

Alex, Mr. Paul Walter, the owner of the NewsWithViews website called me earlier to tell me one of his writers, Cliff player Kincaid, had submitted a blog supporting the 9/11 cover-up commission’s bullshit. Son, Kincaid’s mindless, spineless, fecal stained drivel is supposed to be posted tonight.

Readers, my youngest, Mr. Donald Puzin MacBain Motch, knows for a Fact: His father enjoys making a fool out of a certified player. Ladies and Gentlemen, with my sword, my keyboard, I will slice and dice Kincaid’s council for national policy supporting ass into insignificant bits and pieces.

Sisters and Brothers, I want to keep this section brief in the hope that You The People no matter which continent You call home, will read every word The Patriet typed.

Americans, I realize it is difficult to come to terms with: everything You were told via the bought & sold press in relation to President Kennedy’s murder, to Ruby Ridge, Idaho; to Waco, Texas, to the bombing in Oklahoma City, to the Mass Murder 9/11 Most Certainly Was – are All GOD Damn lies.

To further prove myself, below is a picture of me, Little Bobby Motch, riding my white horse, my white pony, Santa Claus. Notice the 7-year-old boy in the photo above the door. That picture was taken at a horseshow in Farmington, Virginia. I didn’t win the class, I was second.

To me that pic is worth a thousand words, meaning whenever possible I provide You with Evidence. And I hope and pray by this point, the words of the Lioness, Mrs. Leo-nora Burns Motch have been taken to heart: Robert, you are honest to a fault.

Are now firmly embedded inside each Well Meaning Reader’s Heart, which of course includes my Precious Children, the Tracks in GOD our CREATOR’S Time not mine, I will leave behind.